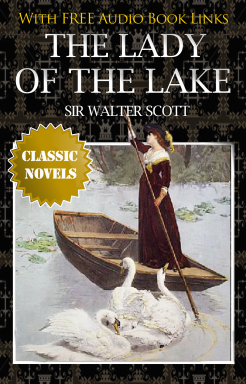 The Lady of the Lake is a narrative poem by Sir Walter Scott, first published in 1810. Set in the Trossachs region of Scotland, it is composed of six cantos, each of which concerns the action of a single day. The poem has three main plots: the contest among three men, Roderick Dhu, James Fitz-James, and Malcolm Graeme, to win the love of Ellen Douglas; the feud and reconciliation of King James V of Scotland and James Douglas; and a war between the lowland Scots (led by James V) and the highland clans (led by Roderick Dhu of Clan Alpine). The poem was tremendously influential in the nineteenth century, and inspired the Highland Revival.

By the late nineteenth century, however, the poem was virtually forgotten. Its influence is indirect: Schubert's Ellens Dritter Gesang (later adapted to use the full lyrics of the Latin Ave Maria), Rossini's La Donna del Lago (1819), the Ku Klux Klan custom of cross burning, the last name of U.S. abolitionist Frederick Douglass, and the song "Hail to the Chief", were all inspired by the poem.

It shares its name with the Arthurian character, the Lady of the Lake. Other allusions to the legend are scant.