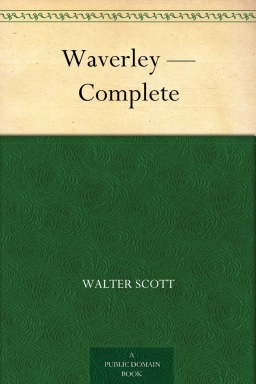 Waverley; or, 'Tis Sixty Years Since is an 1814 historical novel by Sir Walter Scott (1771–1832). Published anonymously in 1814 as Scott's first venture into prose fiction, it is often regarded as the first historical novel in the western tradition. It became so popular that Scott's later novels were advertised as being "by the author of Waverley". His series of works on similar themes written during the same period have become collectively known as the "Waverley Novels".

Edward has been brought up in the family home by his uncle, Sir Everard Waverley, who maintains the family Tory and Jacobite sympathies, while Edward's Whig father works for the Hanoverian government in nearby London. Edward is given a commission in the Hanoverian army and posted to Dundee, then promptly takes leave to visit Baron Bradwardine, a Jacobite friend of his uncle, and meets the Baron's lovely daughter Rose.

When wild Highlanders visit the Baron's castle, Edward is intrigued and goes to the mountain lair of Clan Mac-Ivor, meeting the Chieftain Fergus and his sister Flora, who turn out to be active Jacobites preparing for the insurrection. But Edward has overstayed his leave and is accused of desertion and treason, and then arrested. The highlanders rescue him from his escort and take him to the Jacobite stronghold at Doune castle then on to Holyrood Palace where he meets Bonnie Prince Charlie himself. Encouraged by the beautiful Flora Mac-Ivor, Edward goes over to the Jacobite cause and takes part in the Battle of Prestonpans (September 1745). The battle is recounted in some detail. Undaunted by the light, inaccurate guns, the Highlander army continued its charge; however, the centre became bogged down in marshy terrain, and as they continued forward their different speeds of advance caused them to form into a "V". One of the soldiers who tumbles in the marsh is the Hanoverian Colonel Talbot, who Waverley picks up on his horse, saving his life. This man turns out to be a close friend of his uncle. When the Jacobite cause fails in 1746, Colonel Talbot intervenes to get Edward a pardon. After attending the trial in Carlisle at which Fergus is condemned, Edward is rejected by the passionate Flora, a representative of the romantic past, and marries the Baron's daughter, the calmer Rose Bradwardine who symbolises a modern rational Scotland in the post-Union settlement.