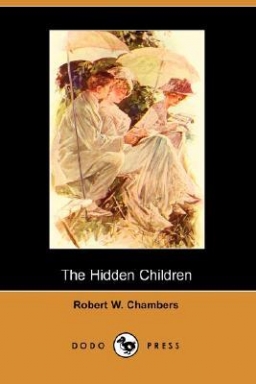 No undue liberties with history have been attempted in this romance. Few characters in the story are purely imaginary. Doubtless the fastidious reader will distinguish these intruders at a glance, and very properly ignore them. For they, and what they never were, and what they never did, merely sugar-coat a dose disguised, and gild the solid pill of fact with tinselled fiction.

But from the flames of Poundridge town ablaze, to the rolling smoke of Catharines-town, Romance but limps along a trail hewed out for her more dainty feet by History, and measured inch by inch across the bloody archives of the nation.

The milestones that once marked that dark and dreadful trail were dead men, red and white. Today a spider-web of highways spreads over that Dark Empire of the League, enmeshing half a thousand towns now all a-buzz by day and all a-glow by night.

Empire, League, forest, are vanished; of the nations which formed the Confederacy only altered fragments now remain. But their memory and their great traditions have not perished; cities, mountains, valleys, rivers, lakes, and ponds are endowed with added beauty from the lovely names they wear—a tragic yet a charming legacy from Kanonsis and Kanonsionni, the brave and mighty people of the Long House, and those outside its walls who helped to prop or undermine it, Huron and Algonquin.

Perhaps of all national alliances ever formed, the Great Peace, which is called the League of the Iroquois, was as noble as any. For it was a league formed solely to impose peace. Those who took up arms against the Long House were received as allies when conquered—save only the treacherous Cat Nation, or Eries, who were utterly annihilated by the knife and hatchet or by adoption and ultimate absorption in the Seneca Nation.

As for the Lenni-Lenape, when they kept faith with the League they remained undisturbed as one of the "props" of the Long House, and their role in the Confederacy was embassadorial, diplomatic and advisory—in other words, the role of the Iroquois married women. And in the Confederacy the position of women was one of importance and dignity, and they exercised a franchise which no white nation has ever yet accorded to its women.

But when the Delawares broke faith, then the lash fell and the term "women" as applied to them carried a very different meaning when spat out by Canienga lips or snarled by Senecas.

Yet, of the Lenape, certain tribes, offshoots, and clans remained impassive either to Iroquois threats or proffered friendship. They, like certain lithe, proud forest animals to whom restriction means death, were untamable. Their necks could endure no yoke, political or purely ornamental. And so they perished far from the Onondaga firelight, far from the open doors of the Long House, self-exiled, self-sufficient, irreconcilable, and foredoomed. And of these the Mohicans were the noblest.

In the four romances—of which, though written last of all, this is the third, chronologically speaking—the author is very conscious of error and shortcoming. But the theme was surely worth attempting; and if the failure to convince be only partial then is the writer grateful to the Fates, and well content to leave it to the next and better man.