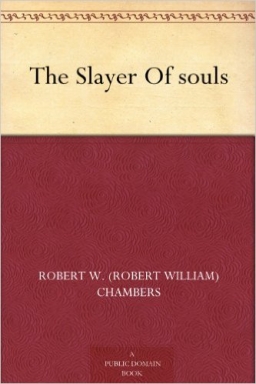 Only when the Nan-yang Maru sailed from Yuen-San did her terrible sense of foreboding begin to subside.

For four years, waking or sleeping, the awful subconsciousness of supreme evil had never left her.

But now, as the Korean shore, receding into darkness, grew dimmer and dimmer, fear subsided and grew vague as the half-forgotten memory of horror in a dream.

She stood near the steamer's stern apart from other passengers, a slender, lonely figure in her silver-fox furs, her ulster and smart little hat, watching the lights of Yuen-San grow paler and smaller along the horizon until they looked like a level row of stars.

Under her haunted eyes Asia was slowly dissolving to a streak of vapour in the misty lustre of the moon.

Suddenly the ancient continent disappeared, washed out by a wave against the sky; and with it vanished the last shreds of that accursed nightmare which had possessed her for four endless years. But whether during those unreal years her soul had only been held in bondage, or whether, as she had been taught, it had been irrevocably destroyed, she still remained uncertain, knowing nothing about the death of souls or how it was accomplished.

As she stood there, her sad eyes fixed on the misty East, a passenger passing—an Englishwoman—paused to say something kind to the young American; and added, "if there is anything my husband and I can do it would give us much pleasure." The girl had turned her head as though not comprehending. The other woman hesitated.

"This is Doctor Norne's daughter, is it not?" she inquired in a pleasant voice.

"What wonder, you poor child! Come to us if you feel need of companionship."