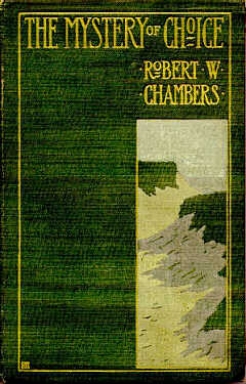 The Purple Emperor watched me in silence. I cast again, spinning out six feet more of waterproof silk, and, as the line hissed through the air far across the pool, I saw my three flies fall on the water like drifting thistledown. The Purple Emperor sneered.
"You see," he said, "I am right. There is not a trout in Brittany that will rise to a tailed fly."
"They do in America," I replied.
"Zut! for America!" observed the Purple Emperor.
"And trout take a tailed fly in England," I insisted sharply.
"Now do I care what things or people do in England?" demanded the Purple Emperor.
"You don't care for anything except yourself and your wriggling caterpillars," I said, more annoyed than I had yet been.
The Purple Emperor sniffed. His broad, hairless, sunburnt features bore that obstinate expression which always irritated me. Perhaps the manner in which he wore his hat intensified the irritation, for the flapping brim rested on both ears, and the two little velvet ribbons which hung from the silver buckle in front wiggled and fluttered with every trivial breeze. His cunning eyes and sharp-pointed nose were out of all keeping with his fat red face. When he met my eye, he chuckled.
"I know more about insects than any man in Morbihan—or Finistère either, for that matter," he said.
"The Red Admiral knows as much as you do," I retorted.
"He doesn't," replied the Purple Emperor angrily.
"And his collection of butterflies is twice as large as yours," I added, moving down the stream to a spot directly opposite him.
"It is, is it?" sneered the Purple Emperor. "Well, let me tell you, Monsieur Darrel, in all his collection he hasn't a specimen, a single specimen, of that magnificent butterfly, Apatura Iris, commonly known as the 'Purple Emperor.'"