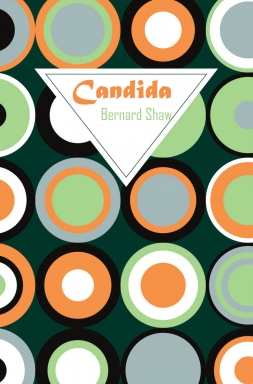 Candida, a comedy by playwright George Bernard Shaw, was written in 1894 and first published in 1898, as part of his Plays Pleasant. The central characters are clergyman James Morell, his wife Candida and a youthful poet, Eugene Marchbanks, who tries to win Candida's affections. The play questions Victorian notions of love and marriage, asking what a woman really desires from her husband. The cleric is a Christian Socialist, allowing Shaw—himself a Fabian Socialist—to weave political issues, current at the time, into the story.

Shaw attempted but failed to have a London production of the play put on in the 1890s, but there were two small provincial productions. However, in late 1903 actor Arnold Daly had such a great success with the play that Shaw would write by 1904 that New York was seeing "an outbreak of Candidamania". The Royal Court Theatre in London performed the play in six matinees in 1904. The same theatre staged several other of Shaw's plays from 1904 to 1907, including further revivals of Candida.

The play is set in the northeast suburbs of London in the month of October. It tells the story of Candida, the wife of a famous clergyman, the Reverend James Mavor Morell. Morell is a Christian Socialist, popular in the Church of England, but Candida is responsible for much of his success. Candida returns home briefly from a trip to London with Eugene Marchbanks, a young poet who wants to rescue her from what he presumes to be her dull family life.