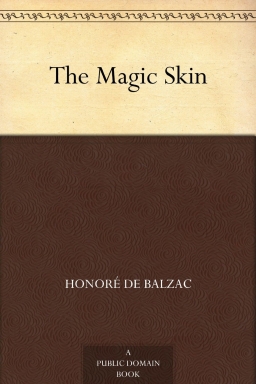 La Peau de chagrin (French pronunciation: ​[la po dəʃaɡʁɛ̃], The Magic Skin or The Wild Ass's Skin) is an 1831 novel by French novelist and playwright Honoré de Balzac (1799–1850). Set in early 19th-century Paris, it tells the story of a young man who finds a magic piece of shagreen that fulfills his every desire. For each wish granted, however, the skin shrinks and consumes a portion of his physical energy. La Peau de chagrin belongs to the Études philosophiques group of Balzac's sequence of novels, La Comédie humaine.

Before the book was completed, Balzac created excitement about it by publishing a series of articles and story fragments in several Parisian journals. Although he was five months late in delivering the manuscript, he succeeded in generating sufficient interest that the novel sold out instantly upon its publication. A second edition, which included a series of twelve other "philosophical tales", was released one month later.

Although the novel uses fantastic elements, its main focus is a realistic portrayal of the excesses of bourgeois materialism. Balzac's renowned attention to detail is used to describe a gambling house, an antique shop, a royal banquet, and other locales. He also includes details from his own life as a struggling writer, placing the main character in a home similar to the one he occupied at the start of his literary career. The central theme of La Peau de chagrin is the conflict between desire and longevity. The magic skin represents the owner's life-force, which is depleted through every expression of will, especially when it is employed for the acquisition of power. Ignoring a caution from the shopkeeper who offers him the skin, the protagonist greedily surrounds himself with wealth, only to find himself miserable and decrepit at the story's end.

La Peau de chagrin firmly established Balzac as a writer of significance in France. His social circle widened significantly, and he was sought eagerly by publishers for future projects. The book served as the catalyst for a series of letters he exchanged with a Polish baroness named Ewelina Hańska, who later became his wife. It also inspired Giselher Klebe's opera Die tödlichen Wünsche. 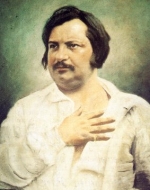