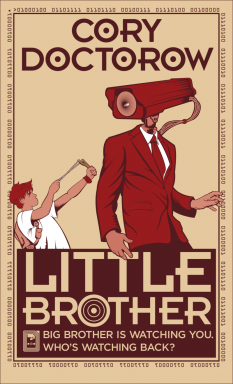 Little Brother is a novel by Cory Doctorow, published by Tor Books. It was released on April 29, 2008. The novel is about fourteenagers in San Francisco who, in the aftermath of a terrorist attack on the San Francisco–Oakland Bay Bridge and BART system, defend themselves against the Department of Homeland Security's attacks on the Bill of Rights. The novel is available for free on the author's website under a Creative Commons license, keeping it accessible to all.

The book debuted at No. 9 on The New York Times Best Seller list, children's chapter book section, in May 2008. As of July 2, it had spent a total of six weeks on the list, rising to the No. 8 spot. Little Brother won the 2009 White Pine Award, the 2009 Prometheus Award and the 2009 John W. Campbell Memorial Award. It also was a finalist for the Hugo Award for Best Novel. Little Brother received the Sunburst Award in the young adult category.

The New York Times says, “Little Brother isn't shy about its intent to disseminate subversive ideas to a young audience. The novel comes with two afterword essays by cryptographer and computer security specialist Bruce Schneier, and hacker Andrew "bunnie" Huang, and has a bibliography of techno-countercultural writings, from Jack Kerouac's "On the Road" to Schneier’s "Applied Cryptography."

Marcus Yallow is a 17-year-old hacker/techno whiz from San Francisco. One day at his high school named after Cesar Chavez, Marcus is accused of hacking into the school by vice principal Frederick Benson. Marcus and Benson do not get along and Marcus believes that Benson is constantly trying to get rid of him. Marcus is let go due to lack of evidence and he returns to class.

Later that day, Marcus and his best friend Darryl escape school to play a massive online role playing game that also involves real life quests. They meet up with fellow group members and game players Vanessa and Jolu. While searching for a part for the game, a series of explosions go off in the city. This sets off sirens and alarms which sends everybody running for the shelters. The group initially tries to go to the shelter but then they decide to leave. While leaving, Darryl is stabbed in the crowd. They finally escape the crowd and flag down a vehicle because Darryl needs immediate medical attention. Three men get out of the vehicle and put bags over each group members' head and then shove them into the vehicle. 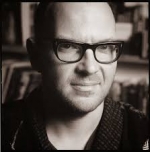