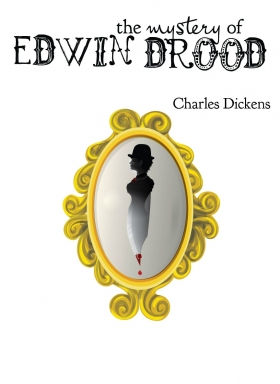 The Mystery of Edwin Drood is the final novel by Charles Dickens. The novel was unfinished at the time of Dickens's death (9 June 1870) and his ending for it is unknown.

Though the novel is named after the character Edwin Drood, the story focuses on Drood's uncle, precentor, choirmaster and opiumaddict, John Jasper, who is in love with his pupil, Rosa Bud. Miss Bud, Drood's fiancée, has also caught the eye of the high-spirited and hot-tempered Neville Landless, who comes from Ceylon with his twin sister, Helena. Landless and Drood take an instant dislike to one another. Drood later disappears under mysterious circumstances.

The story is set in Cloisterham, a lightly disguised Rochester. Mr Crisparkle, for example, lives in a clergy house in Minor Canon Corner, which corresponds to a genuine address within the precincts of Rochester Cathedral, namely Minor Canon Row.

The novel begins as John Jasper leaves a London opium den. The next evening, Edwin Drood visits Jasper, who is the choirmaster at Cloisterham Cathedral. Edwin confides that he has misgivings about his betrothal to Rosa Bud. The next day, Edwin visits Rosa at the Nuns' House, the boarding school where she lives. They quarrel good-naturedly, which they apparently do frequently during his visits. Meanwhile Jasper, having an interest in the cathedral crypt, seeks the company of Durdles, a man who knows more about the crypt than anyone else.

Neville Landless and his twin sister Helena are sent to Cloisterham for their education. Neville will study with the minor canon, Rev. Mr. Crisparkle; Helena will live at the Nuns' House with Rosa. Neville confides to Rev. Mr Crisparkle that he had hated his cruel stepfather, while Rosa confides to Helena that she loathes and fears her music-master, Jasper. Neville is immediately smitten with Rosa and is indignant that Edwin prizes his betrothal lightly. Edwin provokes him and he reacts violently, giving Jasper the opportunity to spread rumours about Neville's reputation of having a violent temper. Rev. Mr Crisparkle tries to reconcile Edwin and Neville, who agrees to apologise to Edwin if the former will forgive him. It is arranged that they will dine together for this purpose on Christmas Eve at Jasper's home.