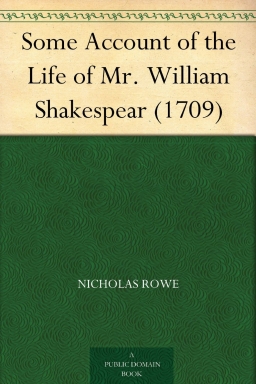 Shakespeare scholars from Pope to the present have not been kind to Rowe either as editor or as critic; but all eighteenth-century editors accepted many of his emendations, and the biographical material that he and Betterton assembled remained the basis of all accounts of the dramatist until the scepticism and scholarship of Steevens and Malone proved most of it to be merely dubious tradition. Johnson, indeed, spoke generously of the edition. In the Life of Rowe he said that as an editor Howe "has done more than he promised; and that, without the pomp of notes or the boast of criticism, many passages are happily restored." The preface, in his opinion, "cannot be said to discover much profundity or penetration." But he acknowledged Rowe's influence on Shakespeare's reputation. In our own century, more justice has been done Rowe, at least as an editor.

The years 1709-14 were of great importance in the growth of Shakespeare's reputation. As we shall see, the plays as well as the poems, both authentic and spurious, were frequently printed and bought. With the passing of the seventeenth-century folios and the occasional quartos of acting versions of single plays, Shakespeare could find a place in libraries and could be intimately known by hundreds who had hitherto known him only in the theater. Tonson's business acumen made Shakespeare available to the general reader in the reign of Anne; Rowe's editorial, biographical, and critical work helped to make him comprehensible within the framework of contemporary taste.

When Rowe's edition appeared twenty-four years had passed since the publication of the Fourth Folio. As Allardyce Nicoll has shown, Tonson owned certain rights in the publication of the plays, rights derived ultimately from the printers of the First Folio. Precisely when he decided to publish a revised octavo edition is not known, nor do we know when Rowe accepted the commission and began his work. McKerrow has plausibly suggested that Tonson may have been anxious to call attention to his rights in Shakespeare on the eve of the passage of the copyright law which went into effect in April, 1710. Certainly Tonson must have felt that he was adding to the prestige which his publishing house had gained by the publication of Milton and Dryden's Virgil. 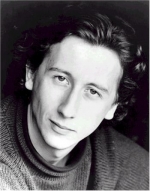