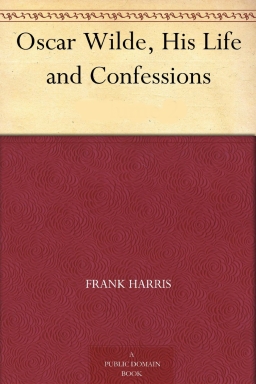 I was advised on all hands not to write this book, and some English friends who have read it urge me not to publish it.

"You will be accused of selecting the subject," they say, "because sexual viciousness appeals to you, and your method of treatment lays you open to attack.

"You criticise and condemn the English conception of justice, and English legal methods: you even question the impartiality of English judges, and throw an unpleasant light on English juries and the English public—all of which is not only unpopular but will convince the unthinking that you are a presumptuous, or at least an outlandish, person with too good a conceit of himself and altogether too free a tongue."

I should be more than human or less if these arguments did not give me pause. I would do nothing willingly to alienate the few who are still friendly to me. But the motives driving me are too strong for such personal considerations. I might say with the Latin:

Even this would be only a part of the truth. Youth it seems to me should always be prudent, for youth has much to lose: but I am come to that time of life when a man can afford to be bold, may even dare to be himself and write the best in him, heedless of knaves and fools or of anything this world may do. The voyage for me is almost over: I am in sight of port: like a good shipman, I have already sent down the lofty spars and housed the captious canvas in preparation for the long anchorage: I have little now to fear.

And the immortals are with me in my design. Greek tragedy treated of far more horrible and revolting themes, such as the banquet of Thyestes: and Dante did not shrink from describing the unnatural meal of Ugolino. The best modern critics approve my choice. "All depends on the subject," says Matthew Arnold, talking of great literature: "choose a fitting action—a great and significant action—penetrate yourself with the feeling of the situation: this done, everything else will follow; for expression is subordinate and secondary."

Socrates was found guilty of corrupting the young and was put to death for the offence. His accusation and punishment constitute surely a great and significant action such as Matthew  Arnold declared was alone of the highest and most permanent literary value.

The action involved in the rise and ruin of Oscar Wilde is of the same kind and of enduring interest to humanity. Critics may say that Wilde is a smaller person than Socrates, less significant in many ways: but even if this were true, it would not alter the artist's position; the great portraits of the world are not of Napoleon or Dante. The differences between men are not important in comparison with their inherent likeness. To depict the mortal so that he takes on immortality—that is the task of the artist.

There are special reasons, too, why I should handle this story. Oscar Wilde was a friend of mine for many years: I could not help prizing him to the very end: he was always to me a charming, soul-animating influence. He was dreadfully punished by men utterly his inferiors: ruined, outlawed, persecuted till Death itself came as a deliverance. His sentence impeaches his judges. The whole story is charged with tragic pathos and unforgettable lessons. I have waited for more than ten years hoping that some one would write about him in this spirit and leave me free to do other things, but nothing such as I propose has yet appeared.

Oscar Wilde was greater as a talker, in my opinion, than as a writer, and no fame is more quickly evanescent. If I do not tell his story and paint his portrait, it seems unlikely that anyone else will do it.

English "strachery" may accuse me of attacking morality: the accusation is worse than absurd. The very foundations of this old world are moral: the charred ember itself floats about in space, moves and has its being in obedience to inexorable law. The thinker may define morality: the reformer may try to bring our notions of it into nearer accord with the fact: human love and pity may seek to soften its occasional injustices and mitigate its intolerable harshness: but that is all the freedom we mortals enjoy, all the breathing-space allotted to us.

In this book the reader will find the figure of the Prometheus-artist clamped, so to speak, with bands of steel to the huge granitic cliff of English puritanism. No account was taken of his manifold virtues and graces: no credit given him for his extraordinary achievements: he was hounded out of life because his sins were not the sins of the English middle-class. The culprit was in much nobler and better than his judges.

Here are all the elements of pity and sorrow and fear that are required in great tragedy.

The artist who finds in Oscar Wilde a great and provocative subject for his art needs no argument to justify his choice. If the picture is a great and living portrait, the moralist will be satisfied: the dark shadows must all be there, as well as the high lights, and the effect must be to increase our tolerance and intensify our pity.

If on the other hand the portrait is ill-drawn or ill-painted, all the reasoning in the world and the praise of all the sycophants will not save the picture from contempt and the artist from censure.

There is one measure by which intention as apart from accomplishment can be judged, and one only: "If you think the book well done," says Pascal, "and on re-reading find it strong; be assured that the man who wrote it, wrote it on his knees." No book could have been written more reverently than this book of mine.