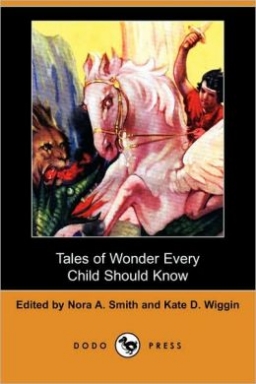 There is a Chinese tale, known as The Singing Prisoner, in which a friendless man is bound hand and foot and thrown into a dungeon, where he lies on the cold stones unfed and untended.

He has no hope of freedom and as complaint will avail him nothing, he begins to while away the hours by reciting poems and stories that he had learned in youth. So happily does he vary the tones of the speakers, feigning in turn the voices of kings and courtiers, lovers and princesses, birds and beasts, that he speedily draws all his fellow-prisoners around him, beguiling them by the spell of his genius.

Those who have food, eagerly press it upon him that his strength may be replenished; the jailer, who has been drawn into the charmed circle, loosens his bonds that he may move more freely, and finally grants him better quarters that the stories may be heard to greater advantage. Next the petty officers hear of the prisoner's marvellous gifts and report them everywhere with such effect that the higher authorities at last become interested and grant him a pardon.

Tales like these, that draw children from play and old men from the chimney-corner; that gain the freedom of a Singing Prisoner, and enable a Scheherazade to postpone from night to night her hour of death, are one and all pervaded by the same eternal magic. Pain, grief, terror, care, and bondage are all forgotten for a time when lakes of gems and enchanted waterfalls shimmer in the sunlight, when Rakshas's palaces rise, full-built, before our very eyes, or when Caballero's Knights of the Fish prance away on their magic chargers. "I wonder when!" "I wonder how!" "I wonder where!" we say as we follow them into the land of mystery. So Youngling said when he heard the sound of the mysterious axe in the forest and asked himself who could be chopping there.

"I wonder!" he cried again when he listened to the faerie spade digging and delving at the top of the rocks.

"I wonder!" he questioned a third time when he drank from the streamlet and sought its source, finding it at last in the enchanted walnut. Axe and spade and walnut each gladly welcomed him, you remember, saying, "It's long I've been looking for you, my lad!" for the new world is always awaiting its Columbus.

No such divine curiosity as that of Youngling's stirred the dull minds of his elder brothers and to them came no such reward. They jeered at the wanderer, reproaching him that he forever strayed from the beaten path, but when Youngling issues from the forest with the magic axe, the marvellous spade, and the miraculous nut to conquer his little world, we begin to ask ourselves which of the roads in the wood are indeed best worth following.

"Childish wonder is the first step in human wisdom," said the greatest of the world's showmen, but there are no wonders to the eyes that lack real vision. In the story of What the Birds Said, for instance, the stolid jailer flatly denies that the feathered creatures have any message of import to convey; it is the poor captive who by sympathy and insight divines the meaning of their chatter and thus saves the city and his own life.

The tales in this book are of many kinds of wonder; of black magic, white magic and gray; ranging from the recital of strange and supernatural deeds and experiences to those that fore-shadow modern conquests of nature and those that utilize the marvellous to teach a moral lesson. Choose among them as you will, for as the Spaniards might say, "The book is at your feet; whatever you admire is yours!"

Tales of Wonder is the fourth and last of our Fairy Series in the Children's Classics, so this preface is in the nature of an epilogue. The Fairy Ring, Magic Casements, Tales of Laughter-each had its separate message for its little public, and Tales of Wonder rings down the curtain.

There was once a little brown nightingale that sang melodious strains in the river-thickets of the Emperor's garden, but when she was transported to the Porcelain Palace the courtiers soon tired of her wild-wood notes and supplanted her with a wonderful bird-automaton, fashioned of gold and jewels.

Time went on, but the Emperor, wisest of the court, began at last to languish, and to long unceasingly for the fresh, free note of the little brown nightingale. It was sweeter by far than the machine-made trills and roulades of the artificial songster, and he felt instinctively that only by its return could death be charmed away.

The old, yet ever new, tales in these four books are like the wild notes of the nightingale in the river-thicket, and many are the emperors to whom they have sung.

Whenever we tire of what is trivial and paltry in the machine-made fairy tale of to-day, let us open one of these crimson volumes and hear again the note of the little brown bird in the thicket. 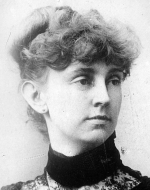