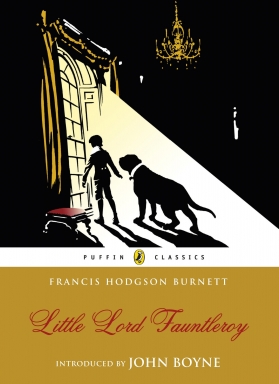 Little Lord Fauntleroy is the first children's novel written by English playwright and author Frances Hodgson Burnett. It was originally published as a serial in the St. Nicholas Magazine between November 1885 and October 1886, then as a book byScribner's in 1886. The accompanying illustrations by Reginald Birch set fashion trends and Little Lord Fauntleroy also set a precedent in copyright law when in 1888 its author won a lawsuit against E. V. Seebohm over the rights to theatrical adaptations of the work.

In a shabby New York side street in the mid-1880s, young Cedric Errol lives with his mother (known only as Mrs. Errol or "Dearest") in genteel poverty after the death of his father, Captain Cedric Errol. One day, they are visited by an English lawyer named Haversham with a message from Cedric's grandfather, the Earl of Dorincourt. With the deaths of his father's elder brothers, Cedric has now inherited the title Lord Fauntleroy and is the heir to the Earldom and a vast estate. Cedric's grandfather wants him to live in England and be educated as an English aristocrat. The Earl despises America and is deeply disappointed with Cedric's father, his favourite son, for marrying an American. He offers his son's widow a house and guaranteed income, but he refuses to have anything to do with her, even after she declines his money.

However, the Earl is impressed by the appearance and intelligence of his American grandson, and is charmed by his innocent nature. Cedric believes his grandfather to be an honorable man and benefactor, and the Earl cannot disappoint him. He there becomes a benefactor to his tenants, to their delight.

A pretender to Cedric's inheritance appears, his mother claiming that he is the son of the Earl's eldest son. However, the claim is investigated and proven by Cedric's loyal friends in New York, one of whom – a bootblack– recognises the woman as the missing wife of his brother and the alleged heir as his own nephew. The Earl is reconciled to his American daughter-in-law, realising that she is far superior to the imposter.