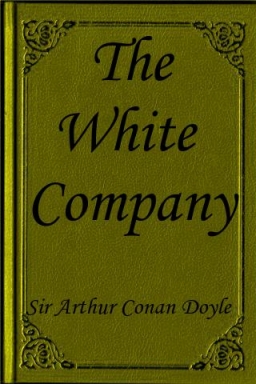 The White Company is a historical adventure by Arthur Conan Doyle set during the Hundred Years' War. The story is set in England, France, and Spain, in the years 1366 and 1367, against the background of the campaign of Edward, the Black Prince to restore Peter of Castile to the throne of the Kingdom of Castile. The climax of the book occurs before the Battle of Nájera. Doyle became inspired to write the novel after attending a lecture on the Middle Ages in 1889. After extensive research, The White Company was published in serialized form in 1891 in Cornhill Magazine. Additionally, the book is considered a companion to Doyle's later work Sir Nigel, which explores the early campaigns of Sir Nigel Loring and Samkin Aylward.

The novel is relatively unknown today, though it was very popular up through the Second World War. In fact, Doyle himself regarded this and his other historical novels more highly than the Sherlock Holmes adventures for which he is mainly remembered.

The "White Company" of the title is a free company of archers, led by one of the main characters. The name is taken from a real-life 14th-Century Italian mercenary company, led by John Hawkwood.

At the age of twenty, young Alleyne, son of Edric, leaves the Catholic abbey where he has been raised—intelligent, skilled, and well-liked, though sheltered and naive—and goes out to see the world, in accordance with the terms of his father's will. The same day, the abbot banishes John of Hordle for worldly behavior: great appetite, teasing, and flirting. At the Pied Merlin inn, they make friends with veteran archer Sam Aylward who has returned to England from France to recruit for the White Company of mercenaries. Aylward has brought a request for Sir Nigel Loring of Christchurch to take command of the company. Aylward and John continue to Christchurch, while Alleyne detours to visit his older brother, the socman or landlord of Minstead, whose fierce reputation has grown to wickedness.