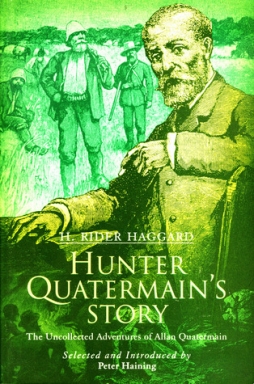 "Sir Henry Curtis, as everybody acquainted with him knows, is one of the most hospitable men on earth. It was in the course of the enjoyment of his hospitality at his place in Yorkshire the other day that I heard the hunting story which I am now about to transcribe. Many of those who read it will no doubt have heard some of the strange rumours that are flying about to the effect that Sir Henry Curtis and his friend Captain Good, R.N., recently found a vast treasure of diamonds out in the heart of Africa, supposed to have been hidden by the Egyptians, or King Solomon, or some other antique people. I first saw the matter alluded to in a paragraph in one of the society papers the day before I started for Yorkshire to pay my visit to Curtis, and arrived, needless to say, burning with curiosity; for there is something very fascinating to the mind in the idea of hidden treasure. When I reached the Hall, I at once asked Curtis about it, and he did not deny the truth of the story; but on my pressing him to tell it he would not, nor would Captain Good, who was also staying in the house.

"You would not believe me if I did," Sir Henry said, with one of the hearty laughs which seem to come right out of his great lungs. "You must wait till Hunter Quatermain comes; he will arrive here from Africa to-night, and I am not going to say a word about the matter, or Good either, until he turns up. Quatermain was with us all through; he has known about the business for years and years, and if it had not been for him we should not have been here to-day. I am going to meet him presently."" 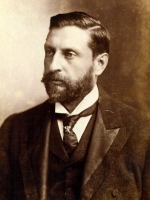