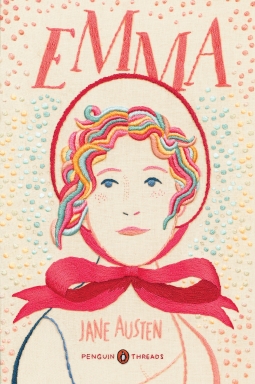 Emma, by Jane Austen, is a novel about youthful hubris and the perils of misconstrued romance. The novel was first published in December 1815. As in her other novels, Austen explores the concerns and difficulties of genteel women living in Georgian-RegencyEngland; she also creates a lively comedy of manners among her characters.

Before she began the novel, Austen wrote, "I am going to take a heroine whom no one but myself will much like." In the very first sentence she introduces the title character as "Emma Woodhouse, handsome, clever, and rich." Emma, however, is also rather spoiled, headstrong, and self-satisfied; she greatly overestimates her own matchmaking abilities; she is blind to the dangers of meddling in other people's lives; and her imagination and perceptions often lead her astray.

Emma Woodhouse, aged 20 at the start of the novel, is a young, beautiful, witty, and privileged woman in Regency England. She lives on the fictional estate of Hartfield in Surrey in the village of Highbury with her elderly widowed father, who is excessively concerned for his health and that of his loved ones. Emma's friend and only critic is the gentlemanly George Knightley, her neighbour from the adjacent estate of Donwell, and the brother of her elder sister Isabella's husband, John. As the novel opens, Emma has just attended the wedding of Miss Taylor, her best friend and former governess. Having introduced Miss Taylor to her future husband, Mr. Weston, Emma takes credit for their marriage, and decides that she rather likes matchmaking.

Against Mr. Knightley's advice, Emma forges ahead with her new interest, and tries to match her new friend Harriet Smith, a sweet, pretty, but none-too-bright parlour boarder of seventeen—described as "the natural [i.e., illegitimate] daughter of somebody"—to Mr. Elton, the local vicar. Emma becomes convinced that Mr. Elton's constant attentions are a result of his attraction and growing love for Harriet.