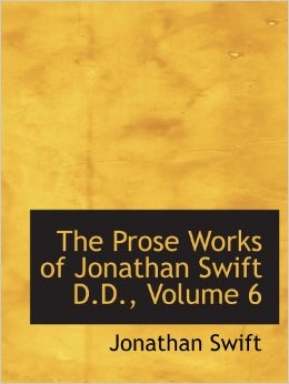 Life's Handicap: Being Stories of Mine Own People

Swift took up his permanent residence in the Irish capital in 1714. The Harley Administration had fallen never to rise again. Harley himself was a prisoner in the Tower, and Bolingbroke a voluntary exile in France, and an open adherent of the Pretender. Swift came to Dublin to be met by the jeers of the populace, the suspicion of the government officials, and the polite indifference of his clerical colleagues. He had time enough now in which to reflect and employ his brain powers. For several years he kept himself altogether to his duties as Dean of the Cathedral of St. Patrick's, only venturing his pen in letters to dear friends in England—to Pope, Atterbury, Lady Howard. His private relations with Miss Hester Vanhomrigh came to a climax, also, during this period, and his peculiar intimacy with "Stella" Johnson took the definite shape in which we now know it.

He found himself in debt to his predecessor, Sterne, for a large and comfortless house and for the cost of his own installation into his office. The money he was to have received (£1,000) to defray these expenses, from the last administration, was now, on its fall, kept back from him. Swift had these encumbrances to pay off and he had his Chapter to see to. He did both in characteristic fashion. By dint of almost penurious saving he accomplished the former and the latter he managed autocratically and with good sense. His connection with Oxford and Bolingbroke had been of too intimate a nature for those in power to ignore him. Indeed, his own letters to Knightley Chetwode show us that he was in great fear of arrest. But there is now no doubt that the treasonable relations between Harley and St. John and the Pretender were a great surprise to Swift when they were discovered. He himself had always been an ardent supporter of the Protestant succession, and his writings during his later period in Ireland constantly emphasize this attitude of his—almost too much so.

The condition of Ireland as Swift found it in 1714, and as he had known of it even before that time, was of a kind to rouse a temper like his to quick and indignant expression. Even as early as the spring of 1716 we find him unable to restrain himself, and in his letter to Atterbury of April 18th we catch the spirit which, four years later, showed itself in "The Proposal for the Universal Use of Irish Manufactures" and the "Drapier's Letters," and culminated in 1729 in the terrible "Modest Proposal for Preventing the Children of Poor People from being a Burthen to their Parents." To Atterbury he wrote:

"I congratulate with England for joining with us here in the fellowship of slavery. It is not so terrible a thing as you imagine: we have long lived under it: and whenever you are disposed to know how to behave yourself in your new condition, you need go no further than me for a director. But, because we are resolved to go beyond you, we have transmitted a bill to England, to be returned here, giving the Government and six of the Council power for three years to imprison whom they please for three months, without any trial or examination: and I expect to be among the first of those upon whom this law will be executed." 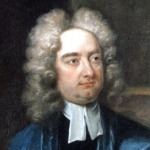 The Phantom 'Rickshaw, and Other Ghost Stories

The Book Of The Thousand Nights And A Night — Volume 05

The Book Of The Thousand Nights And A Night — Volume 09

The Book Of The Thousand Nights And A Night — Volume 01