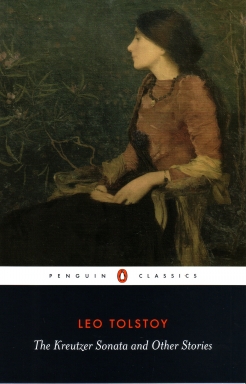 The Mysterious Stranger, and Other Stories

The Kreutzer Sonata (Russian: Крейцерова соната, Kreitzerova Sonata) is a novella by Leo Tolstoy, named after Beethoven's Kreutzer Sonata. The novella was published in 1889 and promptly censored by the Russian authorities. The work is an argument for the ideal of sexual abstinence and an in-depth first-person description of jealous rage. The main character, Pozdnyshev, relates the events leading up to his killing his wife; in his analysis, the root cause for the deed were the "animal excesses" and "swinish connection" governing the relation between the sexes.

During a train ride, Pozdnyshev overhears a conversation concerning marriage, divorce and love. When a woman argues that marriage should not be arranged but based on true love, he asks "what is love?" and points out that, if understood as an exclusive preference for one person, it often passes quickly. Convention dictates that two married people stay together, and initial love can quickly turn into hatred. He then relates how he used to visit prostitutes when he was young, and complains that women's dresses are designed to arouse men's desires. He further states that women will never enjoy equal rights to men as long as men view them as objects of desire, but yet describes their situation as a form of power over men, mentioning how much of society is geared towards their pleasure and well-being and how much sway they have over men's actions.

The Book Of The Thousand Nights And A Night — Volume 02

The Book Of The Thousand Nights And A Night — Volume 12

The Book Of The Thousand Nights And A Night — Volume 06

On Picket Duty, And Other Tales