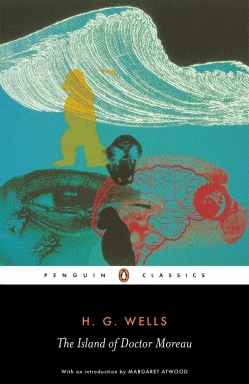 The Island of Doctor Moreau is an 1896 science fiction novel by H. G. Wells, who called it "an exercise in youthful blasphemy". The text of the novel is the narration of Edward Prendick, a shipwrecked man rescued by a passing boat who is left on the island home of Doctor Moreau, who creates human-like beings from animals via vivisection. The novel deals with a number of philosophical themes, including pain and cruelty, moral responsibility, human identity, and human interference with nature.

At the time of the novel's publication in 1896, there was growing discussion in Europe regarding degeneration and animal vivisection. Several interest groups were formed to oppose vivisection, the two largest being the National Anti-Vivisection Society in 1875 and the British Union for the Abolition of Vivisection in 1898.

The Island of Doctor Moreau is the account of Edward Prendick, a shipwrecked Englishman with a scientific education. A passing ship takes him aboard, and a man named Montgomery revives him. The ship is bound for Hawaii after first stopping at a small volcanic island, later identified as Noble's Isle. Prendick also meets a grotesque bestial native named M'ling, who appears to be Montgomery's manservant. Additionally, the ship is transporting a number of animals which belong to Montgomery.

As the ship approaches the island, the captain demands Prendick leave the ship with Montgomery. However, Montgomery explains that he will not be able to host Prendick, either. Despite this, the captain leaves Prendick in a dinghy, after unloading Montgomery and his animals, and sails away. Seeing that the captain has abandoned Prendick, Montgomery takes pity and rescues him. It is explained that ships rarely pass the island, so Prendick will be housed in an outer room of an enclosed compound.

The island belongs to Dr Moreau. Prendick remembers that he has heard of Dr Moreau, formerly an eminent physiologist in London whose gruesome experiments in vivisection had been publicly exposed.

The next day, Dr Moreau begins working on a puma. Prendick gathers that Dr Moreau is performing a painful experiment on the animal, and its anguished cries drive Prendick out into the jungle. While he wanders, he comes upon a group of people who seem human but have an unmistakable resemblance to hogs. As he walks back to the enclosure, he suddenly realises he is being followed by a figure in the jungle. He panics and flees, and the figure gives chase. As his pursuer bears down on him, Prendick manages to stun him with a stone and observes the pursuer is a monstrous hybrid of animal and man. When Prendrick returns to the enclosure and questions Montgomery, Montgomery refuses to be open with him. After failing to get an explanation, Prendick finally gives in and takes a sleeping draught. 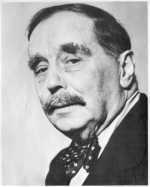