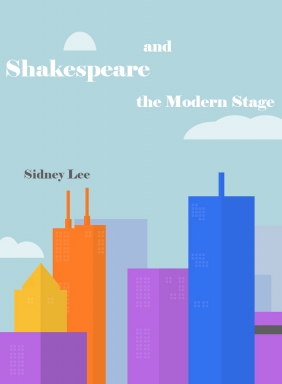 Treatise on Parents and Children

How to Tell a Story, and Other Essays

The eleven papers which are collected here were written between 1899 and 1905. With the exception of one, entitled "Aspects of Shakespeare's Philosophy," which is now printed for the first time, they were published in periodicals in the course of those six years. The articles treat of varied aspects of Shakespearean drama, its influences and traditions, but I think that all may be credited with sufficient unity of intention to warrant their combination in a single volume. Their main endeavour is to survey Shakespearean drama in relation to modern life, and to illustrate its living force in current affairs. Even in the papers which embody researches in sixteenth- or seventeenth-century dramatic history, I have sought to keep in view the bearings of the past on the present. A large portion of the book discusses, as its title indicates, methods of representing Shakespeare on the modern stage. The attempt is there made to define, in the light of experience, the conditions which are best calculated to conserve or increase Shakespeare's genuine vitality in the theatre of our own day.

In revising the work for the press, I have deemed it advisable to submit the papers to a somewhat rigorous verbal revision. Errors have been corrected, chronological ambiguities due to lapse of time have been removed, passages have been excised in order to avoid repetition, and reference to ephemeral events which deserve no permanent chronicle have been omitted. But, substantially, the articles retain the shape in which they were originally penned. The point of view has undergone no modification. In the essays dealing with the theatres of our own time, I have purposely refrained from expanding or altering argument or illustration by citing Shakespearean performances or other theatrical enterprises which have come to birth since the papers were first written. In the last year or two there have been several Shakespearean revivals of notable interest, and some new histrionic triumphs have been won. Within the same period, too, at least half a dozen new plays of serious literary aim have gained the approval of contemporary critics. These features of current dramatic history are welcome to playgoers of literary tastes; but I have attempted no survey of them, because signs are lacking that any essential change has been wrought by them in the general theatrical situation. My aim is to deal with dominant principles which underlie the past and present situation, rather than with particular episodes or personalities, the real value of which the future has yet to determine.

My best thanks are due to my friend Sir James Knowles, the proprietor and editor of The Nineteenth Century and After, for permission to reproduce the four articles, entitled respectively, "Shakespeare and the Modern Stage," "Shakespeare in Oral Tradition," "Shakespeare in France," and "The Commemoration of Shakespeare in London." To Messrs Smith, Elder, & Co., I am indebted for permission to print here the articles on "Mr Benson and Shakespearean Drama," and "Shakespeare and Patriotism," both of which originally appeared in The Cornhill Magazine. The paper on "Pepys and Shakespeare" was first printed in the Fortnightly Review; that on "Shakespeare and the Elizabethan Playgoer" in "An English Miscellany, presented to Dr Furnivall in honour of his seventy-fifth birthday" (1901); that on "The Municipal Theatre" in the New Liberal Review; and that on "A Peril of Shakespearean Research" in The Author. The proprietors of these publications have courteously given me permission to include the articles in this volume. The essay on "Aspects of Shakespeare's Philosophy" was prepared for the purposes of a popular lecture, and has not been in type before.

In a note at the foot of the opening page of each essay, I mention the date when it was originally published. An analytical list of contents and an index will, I hope, increase any utility which may attach to the volume. 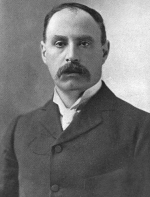